The horn played above in the beginning is called Penpa

The seven sister states of North-Eastern India (Arunachal Pradesh, Assam, Manipur, Meghalaya, Mizoram, Nagaland and Tripura) are rich in folk and tribal traditions for centuries. Though largely converted to Christianity by the missionaries during the colonial times, one could still find native traditions alive. The state of Assam alone accounts for some 90 tribes and over 220 ethnic groups in all states. Each group has their own attire, dialect and culture. Handicrafts of bamboo and cane, wood-carving, hand loom-weaving are common.

A Karbi girl in pekok(top) and pena (bottom)

An Ahom girl in chadar (top) and mekla (bottom) 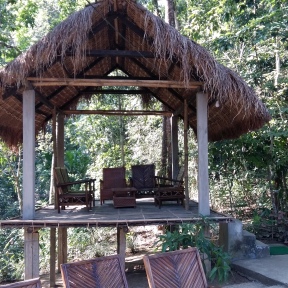 Bihu being Assamese, notice all the men wear ‘gamocha’ as a head-band. It’s a cotton towel woven out of white thread with intricate embroidery in red at the ends. This piece of cloth is highly revered and serves as a cultural identity in the state of Assam.

The cymbal played above in the band is called Bhortal 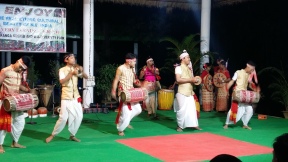 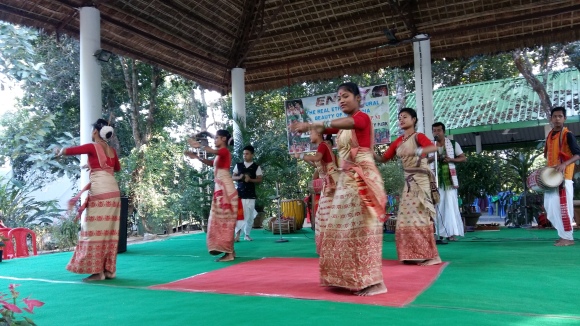